Home > Poultry News > After a trade dispute with India, Americans will have to pay for organic eggs.
Poultry News

After a trade dispute with India, Americans will have to pay for organic eggs. 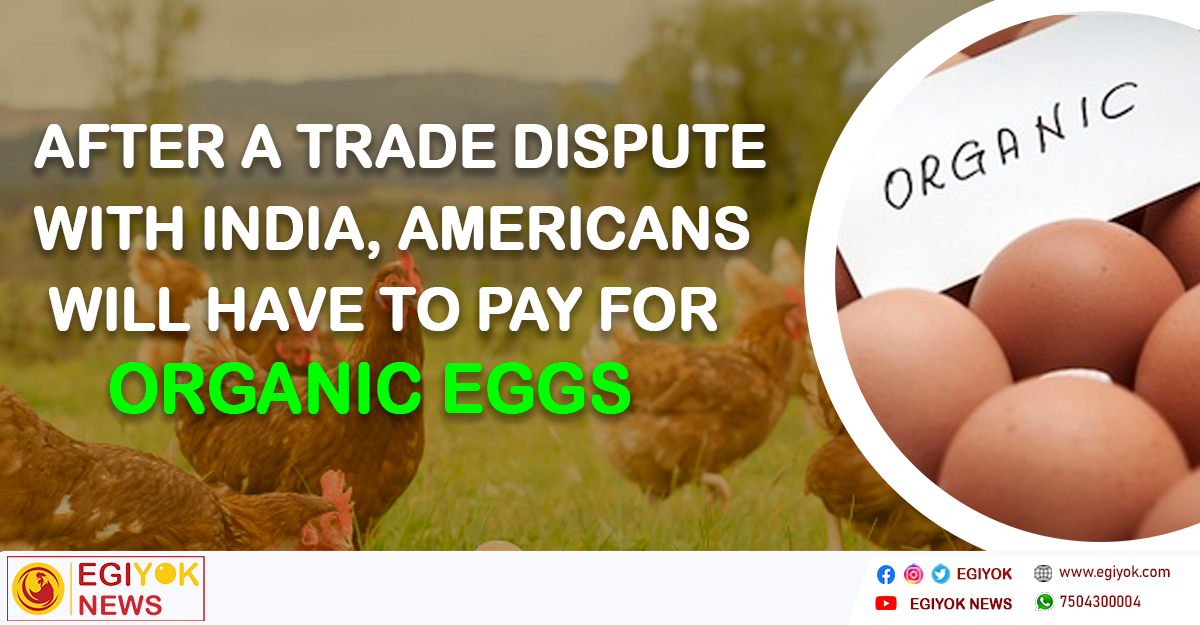 After a trade dispute with India, Americans will have to pay for organic eggs

Organic eggs may soon cost more in the United States, owing to a trade dispute between the two countries. The United States, which imports more than 40% of its organic soy meal for chicken feed from India, is looking into charges that the country is unjustly dumping and subsidising the commodity, affecting American businesses.

According to Ryan Koory, head of economics at Mercaris, which follows organic markets, the result would most likely be “large tariffs.” This has frightened merchandisers, who are stockpiling soy meal as a result, adding to restricted supply and rising costs. Organic egg costs may rise at a time when conventional egg prices are also rising due to growing retail demand. A rise in soy meal prices might lead to higher prices for organic meat and possibly dairy, contributing to the global food inflation that has been widespread since the epidemic began.

John Brunnquell, CEO of Egg Innovations, one of the largest free-range egg producers in the United States, has found food for his more than one million birds, but prices are still at $1,700 a tonne, more than double what they were a year ago.

In the United States, organic soybeans for feed hit $29.92 a bushel on Friday, up 47% from a year ago. Pandemic-related shipping problems, in addition to trade issues, are adding to the price increase.

Based on rising feed prices alone, Brunnquell believes that the average industry cost to produce a dozen organic eggs increased 15 cents to 20 cents. “All of our prices are increasing, including packing, cartons, feed, and freight labour,” Brunnquell added.

Poultry industry calls claims made about eggs, and chicken in NEP paper misleading