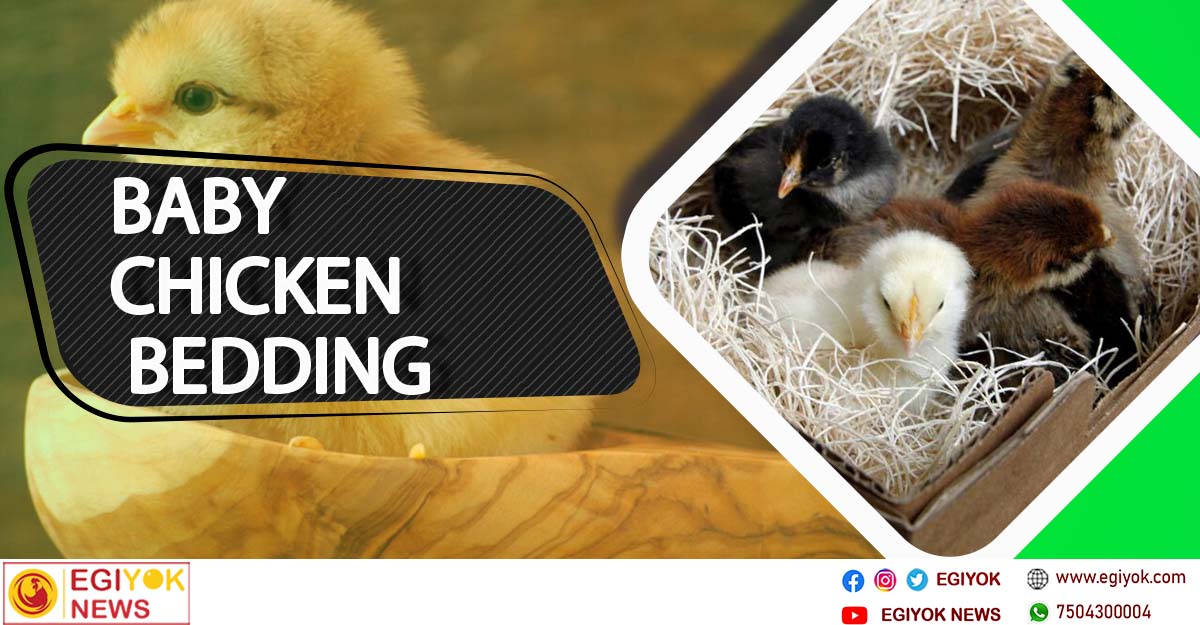 It’s crucial to think about what kind of bedding you’ll use for your young chicks. While pine wood shavings are an obvious choice, there are a few more factors to consider before filling your brooder with them. On a white background, several baby chick chickens are lined up.

Before adding straight pine shavings in the brooder, we normally wait until the chicks are 3-4 weeks old. Brooding chicks are kept in large plastic storage containers or tubs. (Until the chicks are around 4 to 6 weeks old, a 45-gallon container works well for between 6 and 25 chicks.) The bottom or floor of the bin or brooder, on the other hand, is slick plastic, making it difficult for the chicks to gain a firm footing.

When it comes to bedding, the most important consideration is giving enough support for optimum leg and foot growth in your chicks. Chicks grow quickly, and if they don’t have stable footing on which to walk without slipping, they may have long-term leg and foot problems. As a result, strewing loose pine shavings across a slick, flat surface might be a bad idea.

We begin by covering the bottom of the brooder with a 1-2 inch layer of pine shavings. Then covering the shavings with old bath towels or dish rags, pressing the shavings down firmly and tucking the towel around the corners so the shavings are completely covered. You may alternatively use paper towelling, or We’ll cut a piece of green ‘indoor-outdoor’ carpeting in the form of artificial grass. The chicks can obtain a good grip with their toes and nails thanks to the towel or carpet, while the pine shavings below offer absorption and odour concealing. Because baby chicks sometimes get confused and eat pine shavings, which can cause stomach problems,  make sure the shavings are thoroughly covered. Some shavings will inevitably break free, and the chicks may inspect them, but by the time they are a week old, they typically know better than to consume them. During the first few weeks, just place paper towels on top of the original towel or carpet to clean up. This provides the chicks with a great fresh open space. After 2-3 weeks, empty the bin completely and replace with new shavings and towelling. We normally start using straight pine shavings as bedding after 4 weeks since they scratch up the towelling quicker than we can put it down.

Newspapers aren’t a good option either. To very young chicks, it is rather slippery, and it isn’t quite as absorbent as towelling. It also has a tendency to get compacted and mouldy.

Purchase high-quality pine shavings that are free of other woods and trash. Don’t use cedar shavings; while they may smell lovely to humans, the cedar oil in them is extremely drying and can irritate and harm the chicks’ skin as well as their lungs as they inhale the aroma. Sawdust or wood chips should not be used. And stay away from gritty bedding like peat moss — chicks produce enough of dust on their own!

The animal feed sector is plagued by fluctuating maize and soya prices.