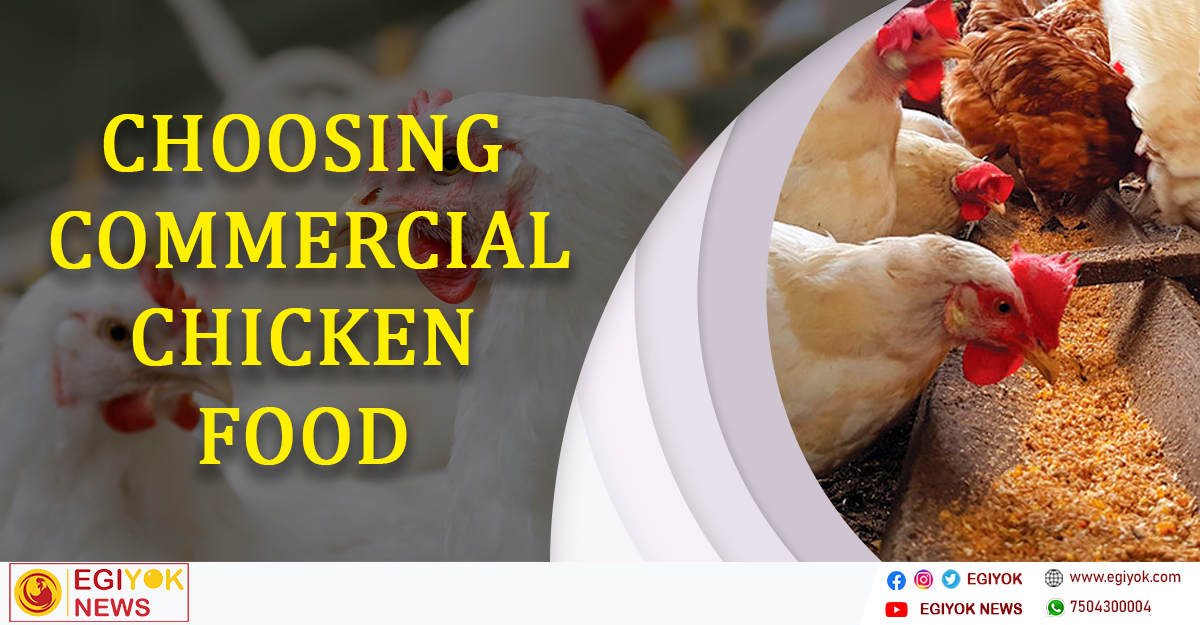 No matter what old movies suggest, feeding chickens isn’t as simple as dropping some corn outside the coop. To discover the commercial feed that’s right for your hens, you’ll need to know what different sorts of feed are for, what different types of feed are available, and what information you can expect to see on package labels.

Chicks’ starter rations: Layer-breed chicks should be fed a 20 percent protein ration, which is commonly referred to as “starting rations.” Meat chicks require a high protein diet of 22 to 24 percent protein for the first six weeks from the time they begin eating. “Meat bird starter” or “broiler starter” is what it’s called.

For the first several weeks of a chicken’s life, most people feed it medicated feed. Even if you haven’t finished the medicated feed, you should cease using it at 18 weeks for layers and around 2 weeks before butchering meat birds.

Ratios for grower pullets: If you’re raising young pullets to become layers, you want them to grow slowly enough to build strong bones and achieve a healthy body weight before starting to lay eggs. High-protein meals cause the birds’ bodies to rush into production before they are ready. As a result, the ratio for developing pullets should be around 18% protein from the time they leave the brooder at 6 weeks until around 14 weeks.

Rations for developer or finishing pullets: At 15 weeks, the diet should be reduced to 16 percent protein. Protein levels should be around 16 percent from 15 weeks to 22 weeks old, or until they begin producing eggs, whichever comes first. The goal is to bring them to a healthy size without putting on too much weight.

Until the birds start laying, your diet should have normal calcium and vitamin levels. Feeding a high-calcium, high-phosphorus diet to young birds can harm their kidneys, so wait until pullets are at least 18 weeks old before starting layer feed.

Rations for adult layering: Hens require a protein content of 16 to 18 percent once they reach the age of 22 weeks or begin laying, and throughout their laying lives. Calcium and minerals should be tailored to the needs of laying hens.

Also, don’t add calcium and minerals to a correctly prepared diet to push them on chickens. Kidney failure can be caused by consuming too much calcium. Give your chickens calcium in the form of crushed oyster shells in a feeder where they may pick the quantity if you’re getting a lot of thin eggshells or soft-shelled eggs.

Cornish X Rock broiler hybrids’ broiler diets: Cornish X Rock crosses develop swiftly and require special nutrition. The protein proportion of these birds can be reduced to 18 to 20% after the first six weeks, till they’re slaughtered. “Meat bird” or “broiler grower-finisher” is a term used to describe meat birds in their last weeks of life. Antibiotics should not be used in grower and finisher feeds since they can be transported into the meat.

Rations for heritage and free-range broiler chickens: These meat birds mature at a slower rate and produce less muscular meat than broiler hybrids. It takes them longer to attain an acceptable butchering rate. After the first six weeks, you can reduce the protein amount to 18 to 20% for the next six weeks, and then to 16% after that.

It’s either all stock or all sweet feed: A pellet and whole-grain combination is available in some locations, commonly as “all stock” or “sweet feed.” To keep it all together, molasses or similar sweetener is used. While these rations may carry the word “poultry” (or, more commonly, an image of a chicken), they aren’t specifically designed for poultry. You may provide these feeds to your other farm animals without worrying about the hens stealing a nibble. However, do not rely on them as your primary source of chicken feed.

Feeding variants: Crumbles, pellets, and mash are the three types of feed. Chickens grow and lay more on crumbles, according to research (commonly used for finisher rations and some adult feeds). Pellets (which are typically used for adult birds) are the second best option, while mash is the least desired option, while being the most popular for starting diets.

Grit: Grit is a combination of crushed limestone and granite that aids in the digestion of food in hens. Chickens pick up tiny pebbles, bones, and shells in the wild. If you’re feeding your birds a homemade diet, whole grains, or grazing them on pasture, you’ll need to provide them with grit.

Your hens won’t need any more grit if you’re solely feeding them commercial mash, crumble, or pellets. You can buy canary or parakeet grit in pet stores if you only have a few hens. It’s finely ground, but it’ll enough for chicks or older birds in a hurry.

SOPA opposes the poultry industry's request to extend the period when soyameal can be imported.