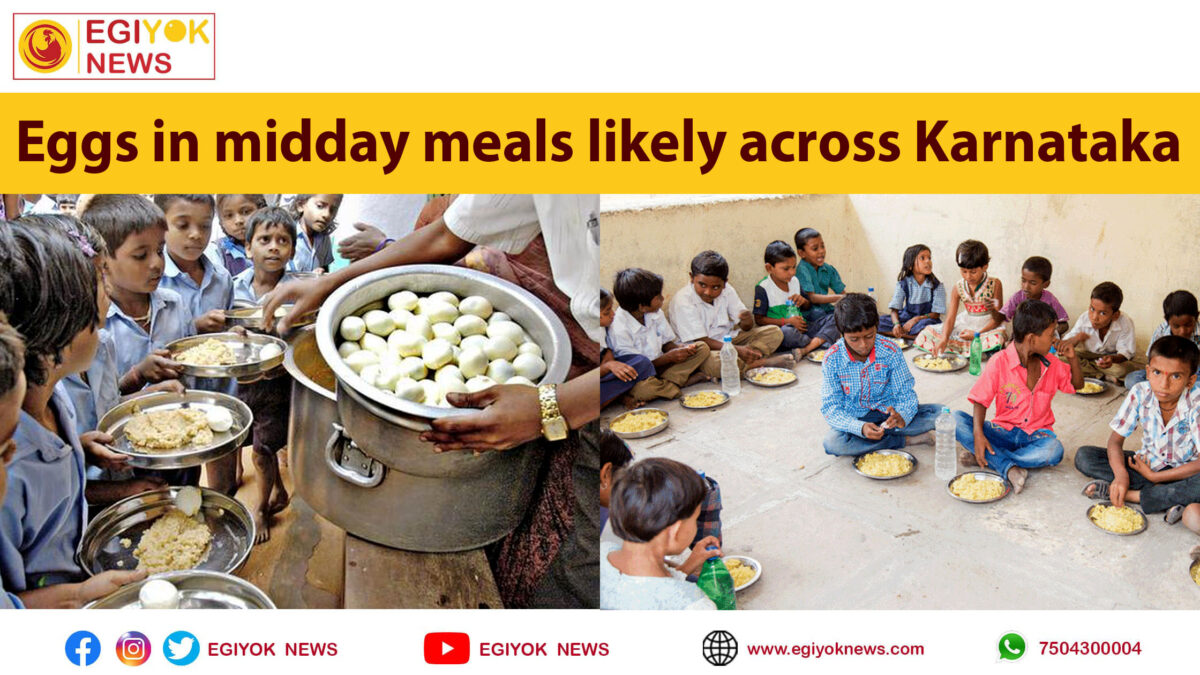 BENGALURU: With eggs in the midday meal menu of eight aspirational districts in Kalyana Karnataka improving the nutritional levels of students, children in the entire state are likely to benefit.

The additional chief secretary of the finance department has agreed to extend the Union government’s pilot to all districts of the state for the time being to give eggs or chikkis to students of Grade 1 to 8 for 46 days. The program in the eight districts was being funded by both the Centre and the state, but as per a senior official, if it’s rolled out in other districts, the state alone will bear the expenses.

The finance department has concurred, but we’ll implement the scheme based on the directions of the state government, which will take the final decision on the matter.

A cabinet note had been sent by the department of public instruction to the government in June this year about adding eggs to the midday menu in all districts of the state. The finance department’s clearance came on July 13 and the proposal now awaits clearance from the cabinet. An education department official said the eggs (or bananas) in the midday meal menu have been re-introduced in the eight aspirational districts that got them the previous year.

The Poultry Industry in Karnataka is Concerned about Corn Availability