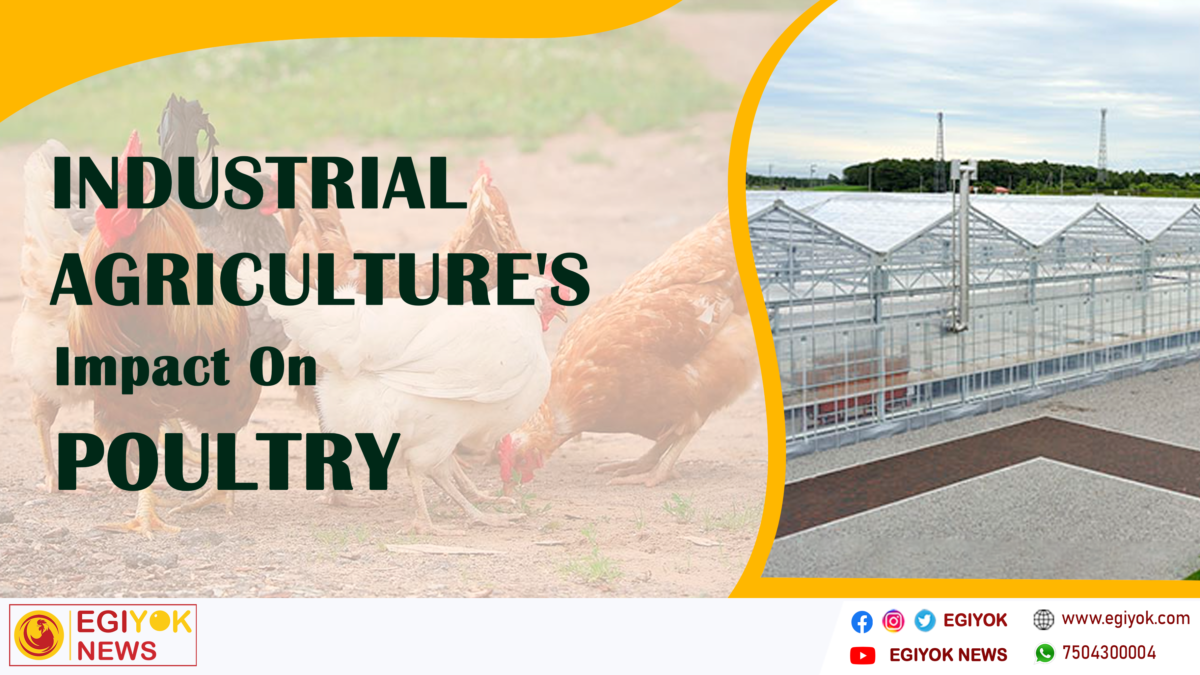 Our industrial agricultural system has a slew of negative repercussions. Monocultures of monotypic birds are used in the poultry business, pushing other breeds into a downward spiral of reduced numbers, decreased meat and egg output, inbreeding, and eventually extinction. Even those that are made are difficult to come by. Large transnational firms dominate the poultry sector. These businesses are looking for the highest possible profit margins in order to return money to their shareholders. Externalities such as biodiversity and real sustainability are unimportant to them. In the year 2000, five egg-laying chicken breeders, five broiler chicken breeders, and four turkey breeders produced 95% of all poultry in the world. Several of the firms have merged or been bought out since the publication of that data.

Monoculture, or the production of one consistent variety of plant or animal, is the foundation of the industrial agricultural paradigm. Turkey farms grow turkeys, duck farms raise ducks, and chicken farms raise chickens; industrial poultry farms only raise one species of bird. These intensive, species-specific farms produce millions of birds of just one species each year. According to the book Bird Flu – A Virus of Our Own Making, these mega monocultures are to blame for the existence of bird flu.

Because chicken farms are so densely populated with these birds, it’s no surprise that illness is an issue; there is no genetic variety within a flock. Because there is genetic variety in nature, when a sickness strikes, some birds are harmed and others are not because they are genetically resistant.

Chicken produced in industrial poultry farms are monotypic, meaning they are all identical. In its life as a breeder in a poultry breeding farm, one pedigreed cockerel, a male chicken, has the reproductive ability to father two million chicks. Commercial chickens have lost 90% of their alleles compared to native and non-commercial hybrids, according to the full chicken genome released in 2004. “As genetic improvement falls into the hands of fewer companies and the trend toward intense multiplication of a limited range of genotypes develops,” the American Association of Swine Veterinarians warns, “there is mounting concern that large populations may have increasingly uniform vulnerability to particular pathogens.”

Because other poultry varieties were grown in smaller numbers and without an emphasis on production attributes, many of today’s heritage chicken breeds produce less than they did in the past. Breeds that produce a lot of meat are now considerably smaller and slower growing than they were even twenty years ago. Cornish Rock Cross industrial hybrid meat birds attain a weight of five pounds in six weeks, although their parent breeds, the Dark Cornish chicken breed or the Barred Plymouth Rock chicken breed, require four months to reach the same weight.

Poultry breeds are rapidly becoming extinct, and those that do survive are extremely uncommon. According to the United Nations Food and Agriculture Organization, 189 livestock breeds became extinct between 1985 and 2000, and 1,000 farm animal breeds went extinct between 1900 and 2000, accounting for almost one out of every six cow and poultry kinds in the world. Nineteen chicken breeds, six duck breeds, six goose breeds, and five turkey breeds are listed as critically endangered by the American Livestock Breeds Conservancy, which means that there are fewer than 500 breeding birds in the United States, with five or fewer primary breeding flocks of fifty birds or more, and they are globally endangered. If poultry farmers do not step up and breed them again, we are on the verge of losing these genetic riches.

Many poultry breeds are extremely difficult to locate, even if they are not yet extinct. A poultry farmer seeking stock to breed in order to save them has significant hurdles in locating the stock required to begin a breeding programme. “In 2005, the American Livestock Breeds Conservancy uncovered one, probably two, flocks of Lamona hens. The proprietors of each of these flocks have asked to remain unknown for the time being, as neither is willing to sell any stock at this time.”