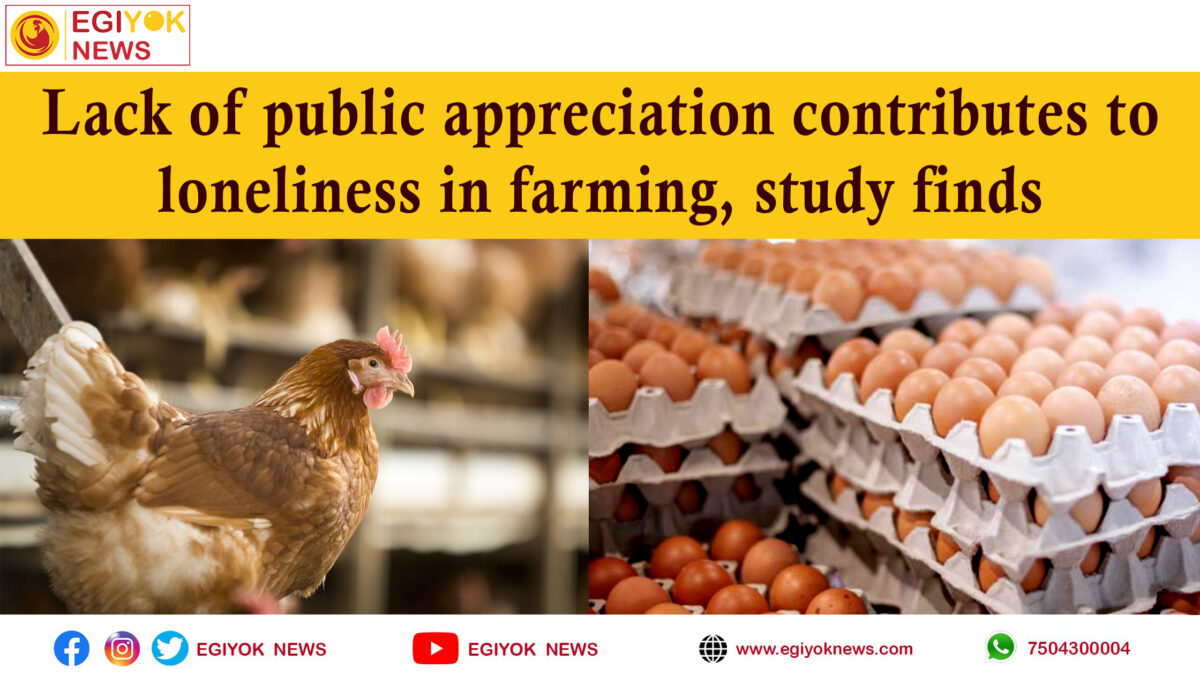 A lack of public appreciation for farmers and understanding of the work they do and the pressures they’re under contributes to feelings of loneliness, according to a new study published this month in the journal Sociologia Ruralis.

In the study, titled ‘It’s a lonely old world’: Developing a multidimensional understanding of loneliness in farming’, researchers from the University of Exeter’s Centre for Rural Policy Research and national charity The Farming Community Network (FCN) explored the causes of feelings of isolation and loneliness in farming communities.

The study involved in-depth interviews with 22 farmers and members of farming families and six farm support practitioners in England, conducted either by telephone or video call between March and July 2021.

One of the key findings is that many of the farmers who were interviewed as part of the study felt undervalued, identifying a feeling of ‘disconnect’ between farmers and wider society, and a lack of understanding from the general public about what is involved in farming and its unique pressures.

Loneliness was found in the study to be linked to mental health problems such as depression and anxiety.

Some of the farmers interviewed had been subjected to abusive behavior, including being sworn at during the course of their working day.

One farming man, aged 40-49, said: “In the local village the demographic has completely changed in the past 20 years. And you get sly comments or something from a footpath walker or you quite often get…someone flicking you the Vs on the road, or beeping their horn because you’re in the tractor going from A to B. So you get the sense that the local community isn’t really your best friend. You feel a bit of an alien on your own doorstep.”

One farm support practitioner talked about how she had supported farmers in one area where an increase in the local population – following a large housing development – had led to farmers feeling more isolated because of complaints they received about aspects such as noise from cows and tractors.

The study also found that farmers are keen to highlight the vital role they play in producing food, and the positive actions they are taking to care for and improve the environment but feel these are often overlooked in media stories about agriculture and environmental issues such as climate change.….click here to read the full news