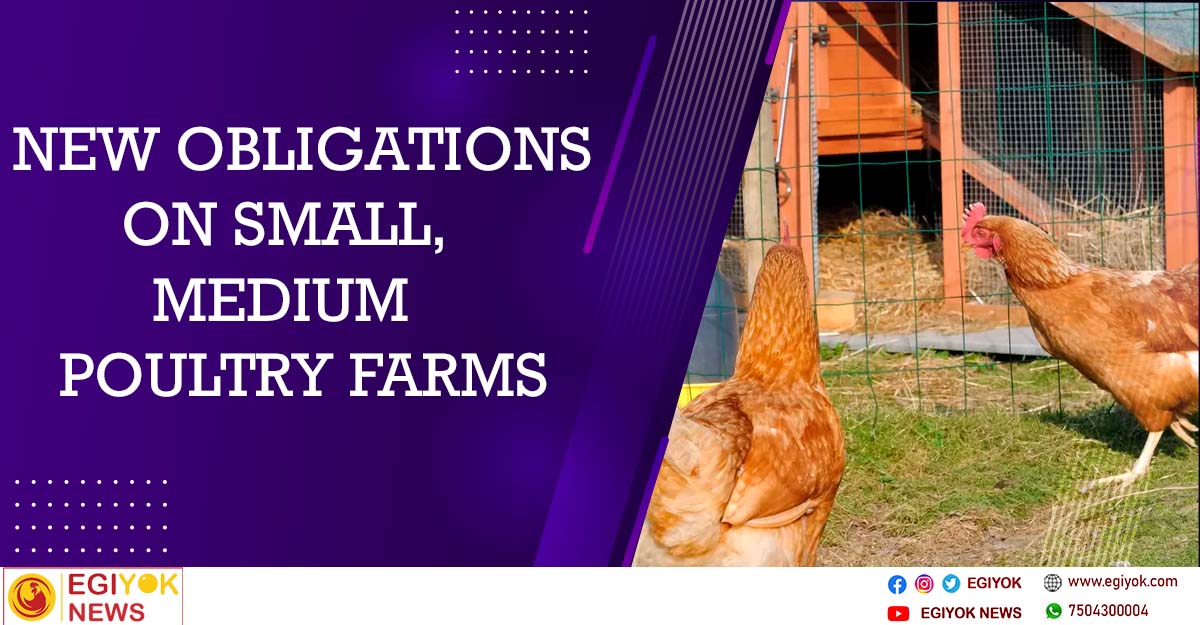 According to new recommendations announced recently, small and marginal chicken farmers in India will now be required to adopt precautions similar to their larger counterparts to minimise environmental contamination.

In India, the new criteria specify who is a “big” or “small” chicken farmer. Small farmers are those with 5,000 to 25,000 birds. Farmers with more than 25,000 but less than 100,000 birds are classified as medium farmers. Large farmers are those who have more than 100,000 birds. Small farmers, according to the standards, are mainly financially challenged and belong to the unorganised sector. The majority of them raise birds for personal use, with a minor amount accessible for commercial sale. The Central Pollution Control Board (CPCB) designated poultry, hatcheries, and piggeries as “green” in its 2015 standards. They were excluded from air, water, and environmental rules as a result of this.

However, environmental activist Gauri Maulekhi protested to this in 2017, claiming that chicken farms might affect the environment as well. She urged that small poultry farms (those with less than 5,000 birds) be monitored as well. The National Green Tribunal, in its order dated September 16, 2020, said: The CPCB should revisit the guidelines for keeping poultry farms in the green category and free from air, water and environmental protection laws … the permission to operate all poultry farms which have more than 5,000 birds should be the same as that for farms that have more than a lakh birds.

The overall number of poultry in 2017 was 720 million, according to the National Action Plan for Egg and Poultry-2022 study, which aims to enhance farmer income by 2022. Backyard poultry accounted for 230 million of them.

A farmer will need to get a certificate of consent to create or consent to operate a medium-sized poultry farm with 25,000-100,000 birds, according to the new criteria. Under the Water Act of 1974 and the Air Act of 1981, this will have to be obtained from the State Pollution Control Board or Committee. Permission will be granted for a period of 15 years.

The poultry farm should have a ventilated chamber to decrease gaseous pollution from the birds, according to the requirements. Also, be sure that chicken faeces do not come into contact with running water or any other pesticide. Daily removal of dead birds, which is done without affecting the environment, has also been emphasised. Burial should take place three metres above ground level. Farmers are also required to provide adequate distance between their birds on the farm and to protect them from rats and insects, according to the laws. To prevent dust from flying during the mixing and preparation of chicken feed, do it in a gated chamber.

Small and medium-sized chicken farms will need to make arrangements for manure. Water from a chicken farm must be collected in a tank after usage. It is suggested that it be used in horticulture by the recommendations.

The Animal Husbandry Department will be in charge of putting the rules into practise at the state and district levels.

Rain killed two humans and hundreds of livestock and poultry

HDMC to turn poultry waste into food for pets

KNOW WHO’S IS THE NEW MANAGING DIRECTOR OF SUGUNA FOODS