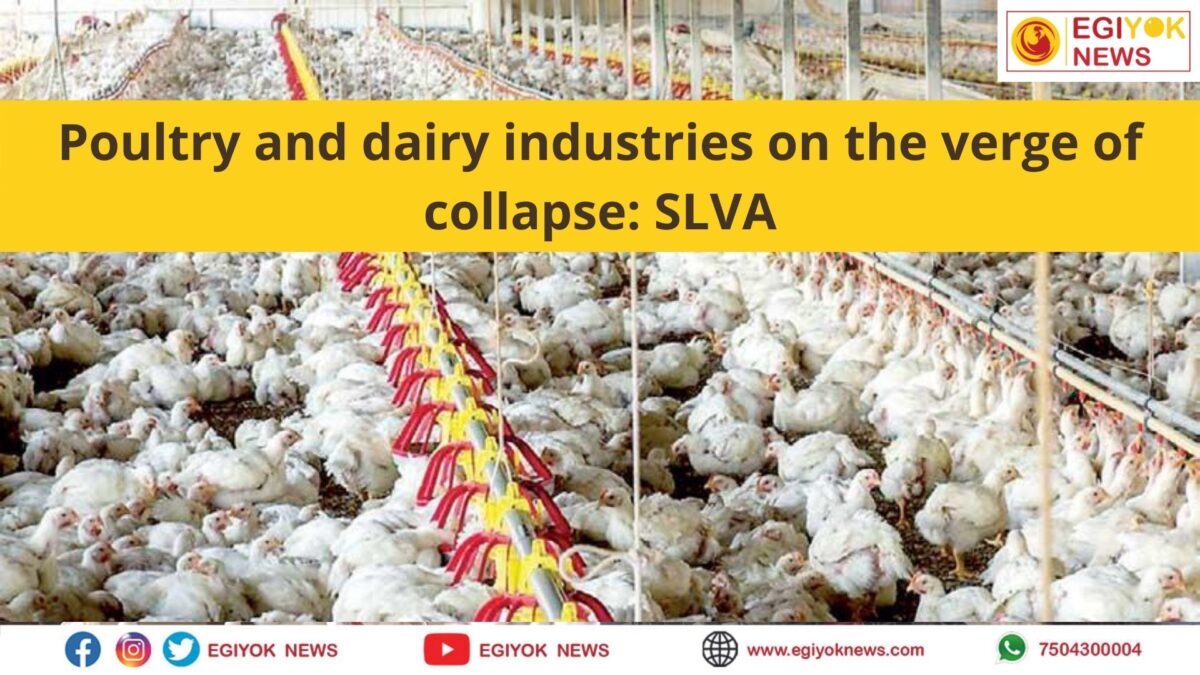 Sri Lanka’s self-developed poultry and dairy industries are on the verge of collapse amid rising input costs and animal and veterinary medicines shortages, fuel shortages, and rupee liquidity issues in the banking sector, raising concerns about food security and malnutrition.

“Not only the shortage and high prices of raw materials for poultry feed but also power and fuel have been a bottleneck for our operations. Timely transport is essential in every stage of this operation,” Sri Lanka Poultry Forum Chairman Ajith Weerasinghe said.

News Source
He was speaking at a media briefing organized by Sri Lanka Veterinary Association (SLVA) in Colombo last week. Weerasinghe highlighted that the country’s self-developed poultry industry consisting of a high number of large-scale broiler poultry farms with the latest technologies and machinery in particular are struggling to sustain its operations due to power cuts and fuel shortages.

“All these farms are fully automated and operated using the software. Temperature, humidity, ventilation and even wind speed inside cages are being controlled by software, and even feeding and watering of birds are on pre-set schedules, which are fully automated.

According to Dr. Ushan Pallegama of the World’s Poultry Science Association- Sri Lanka Branch, the production of animal feed which includes maize, straw, paddy husk, and rice polish has declined by around 40 percent due to the current crisis, which resulted in a corresponding decline in egg and chicken production. Meanwhile, Weerasinghe noted that producers are struggling to secure loan facilities from banks due to the rupee liquidity shortage in the banking sector.
As veterinarians are struggling to make their usual visits to livestock farms to provide their services due to the fuel shortage, State Veterinary Surgeons Association President H. A. Piyasiri emphasized the production of calf…..Click here to read the full news

Why is soya an essential part of poultry feed?