Rain killed two humans and hundreds of livestock and poultry 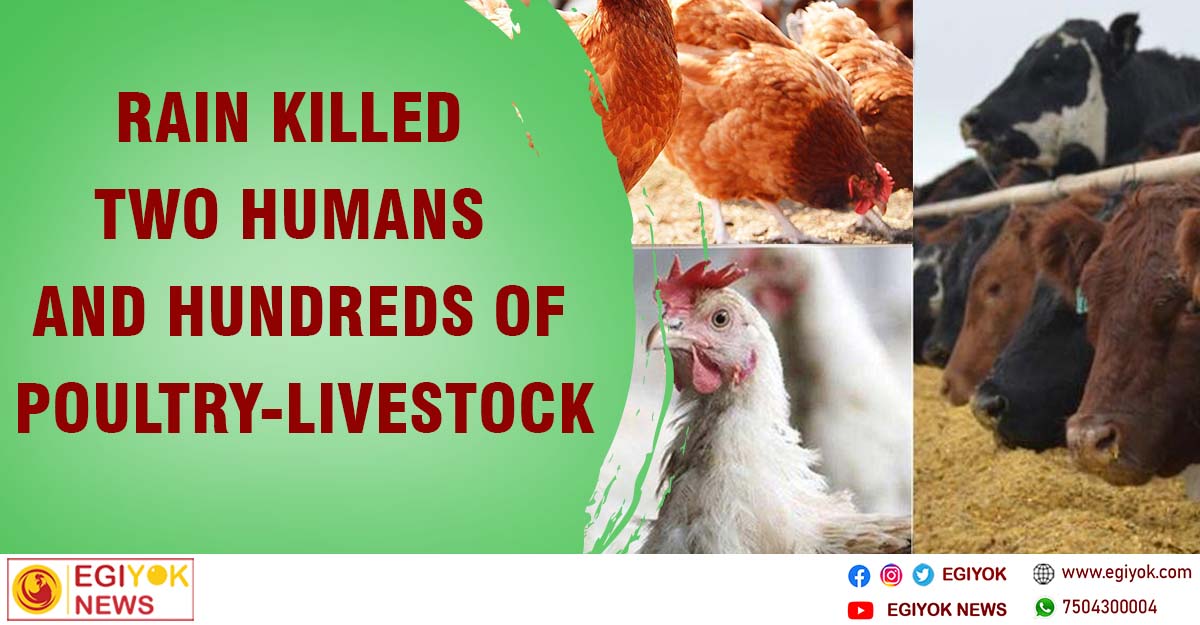 According to the revenue and disaster management department, two humans, 436 animals, and 6,817 poultry perished in rain-related events in Tamil Nadu on Tuesday and Wednesday.

A Mari Raj, 82, of Sembilankudi village in Rajasingamangalam union, who was sleeping in a tiled roof hut with mud walls in Ramanathapuram district, died when the building was damaged by rain and fell on Wednesday morning.

On Wednesday, a lady washed away in a wild creek in a hamlet near Manur in Tirunelveli district. L Dhaya, 36, of Kaataampuli, near Palamadai, was identified as the dead. Her corpse was discovered later that day.

The downpour also killed 436 livestock and 6,817 chickens, according to the agency. A total of 2,760 huts and 436 dwellings were destroyed. The number of people in temporary shelters in 19 districts fell to 13,954 on Wednesday, down from 20,836 on Tuesday, after the heavy rains stopped. According to the office of the commissioner of revenue and disaster management, 5,670 of the 7,328 distress calls received by the state control room have been resolved, and 5,521 of the 5,664 calls received by the district control rooms have been resolved. As many as 211 additional tanks hit full capacity on Wednesday, bringing the total number of tanks filled to the brim or overflowing to 8,266 compared to the state’s total of 14,138 tanks. Only 3,084 tanks have less than 75% water. This year, Tamil Nadu had an average rainfall of 651.1mm for the month of November, which is 83 percent more than the regular average of 356mm.