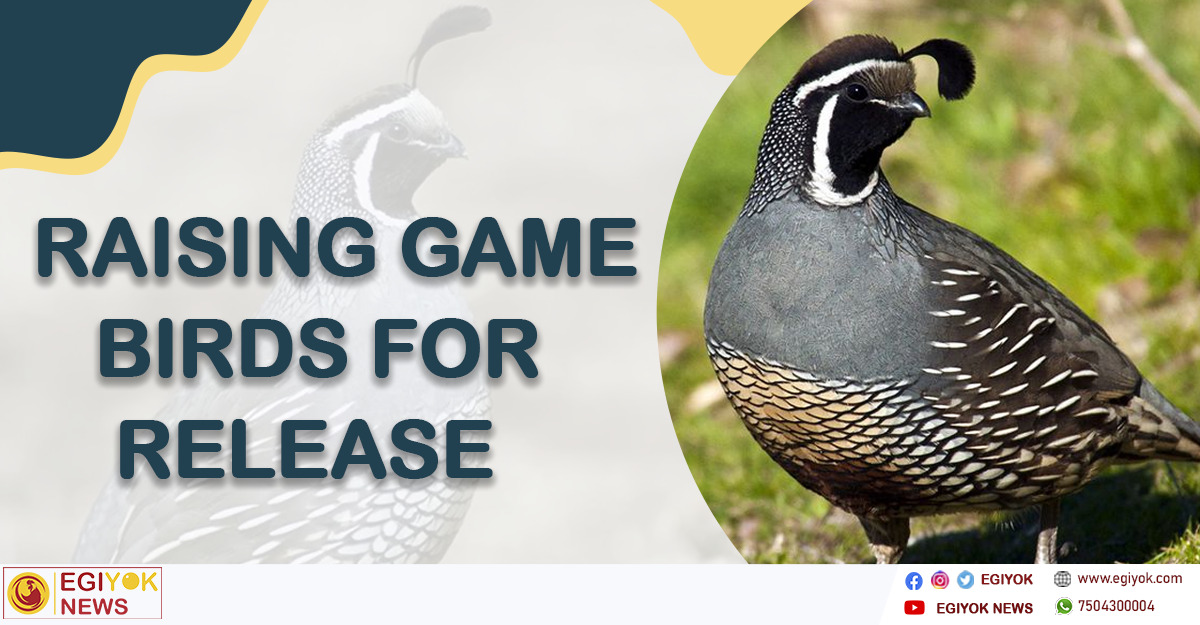 Birds including quail, pheasants, turkeys, and partridge are raised for a variety of reasons. One of the most often given reasons is for release. People grow game birds for the thrill of knowing there is a healthy population on or near their land, much as some people breed swans for the pleasure of viewing them. Hunters also grow game birds for release in order to ensure that there is a sufficient supply for hunting.

If you’re contemplating rearing game birds for release, or for whatever purpose, there are a few things you should know:

1. Some regions have rigorous laws about what may and cannot be reared and released, and many states require persons to obtain specific licenses and permissions to do so.

2. A survival rate of 5-10% is deemed successful. You shouldn’t expect large population growth in the first or even second year of raising and releasing game birds.

3. You should be proficient regarding sickness and how to treat that properly. For one thing, you don’t want to bring illness into the local population, and you also don’t want to see sickness in the birds you’re rearing.