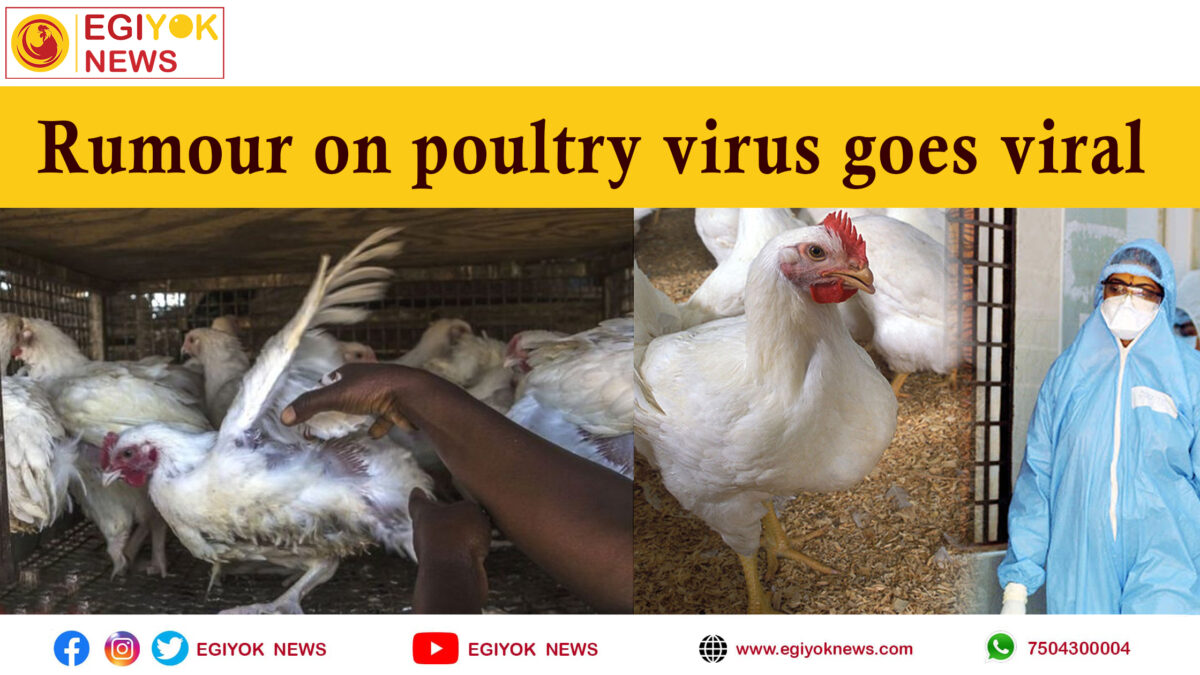 Belagavi: Rumours have started circulating on social media that poultry birds have shown symptoms of a virus infection, called lumpy skin disease.
The animal husbandry department has clarified that the photos showing poultry with the viral infection were wrong, but the rumours are not dying down.
Lumpy skin disease infects cattle. It is transmitted by blood-feeding insects such as certain types of flies and mosquitoes and ticks. It causes fever and nodules on the skin and can lead to death, especially among cattle that have not previously been exposed to this virus.

News Reference
“The lumpy skin disease has been diagnosed among 235 cattle in Belagavi taluk. As there is no vaccine to counter it, we are injecting the goat fox vaccine into the cattle. It controls the disease,” Dr. Yaragatti, who is the in-charge deputy director of the animal husbandry department, said.
However, the picture of poultry birds going viral on social media having nodules on the skin has worried poultry traders, who have just started seeing their businesses normalize after two years of a slump because of Covid-19. People are panicking, thinking the poultry have the lumpy skin disease, he said.

Dr Yaragatti said the poultry shown suffer from fowl fox disease which also looks like a lumpy skin disease. “But people can consume such birds after proper boiling,” he said. But these photos are not from the district as no case of fowl fox has been found, he said.….click here to read the full news

Demand to shift poultry farms from the city