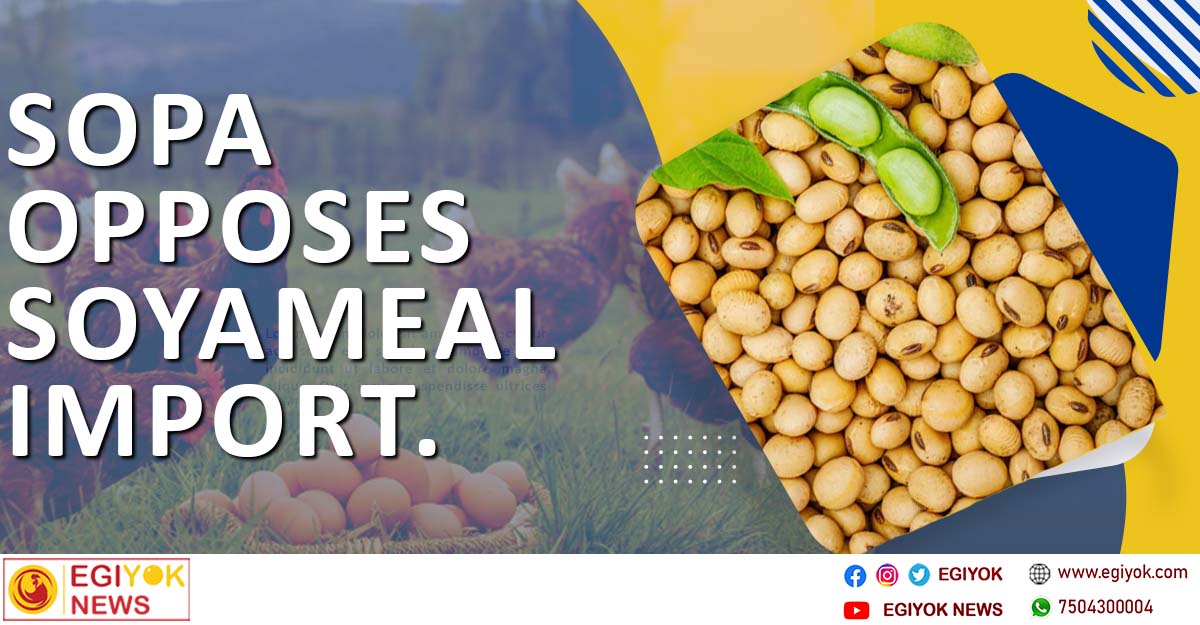 The Soyabean Processors’ Association of India (SOPA) has strongly opposed the poultry industry’s request to extend the shipment period for imports of soyameal, a byproduct of soybean processing used to make oil, until March 31, 2022. SOPA claims that the country’s soyameal demand and supply situation is stable, owing to a 15% increase in domestic soyabean production.

“In the country, there is a very comfortable demand and supply situation for soybean meal. It is not necessary to import. The poultry industry’s current soybean meal consumption figures are unrealistic and inflated. We have never imported soybean meal before and have always met the entire demand locally. Imports were not required even when the soybean crop was low. The sudden increase in demand to 90 lakh tonnes, as stated by one of the poultry industry’s representatives, is without foundation “SOPA sent a note to the central government.

For the first time, the poultry industry was permitted to import 12 lakh tonnes of genetically modified (GM) soyameal, as domestic soyameal prices had risen to Rs 10,000/quintal. The poultry industry expected domestic prices to fall once the new kharif crop arrived, so it did not import the entire quota of 12 lakh tonnes. Now that domestic prices are still above the minimum support price (MSP), the Poultry Breeders’ Association has requested that the shipment date be moved from October 31 to March 31 in order to import the remaining quantity from the 12 lakh tone quota.

SOPA stated at the previous week’s meeting of the Price Monitoring Committee for Soyabeans, “The rise in soybean prices is not in the hands of soybean processors, and it is not the result of anything the processing industry has done. We have already raised the issue of soybean futures hoarding and excessive speculation. We hope that if immediate action is taken on these issues, prices will fall to more reasonable levels. Farmers cannot be forced to sell soybeans at MSP as the poultry industry desires.”

“Any decision to extend the period for importing GM soybean meal should be made with the comparative prices of raw materials in mind. With our crop up 15% this year and 5 to 6 lakh tonnes of soybean meal already imported, there is no justification for imports of soybean meal “”It’s been a year,” SOPA said.