Why is soya an essential part of poultry feed? 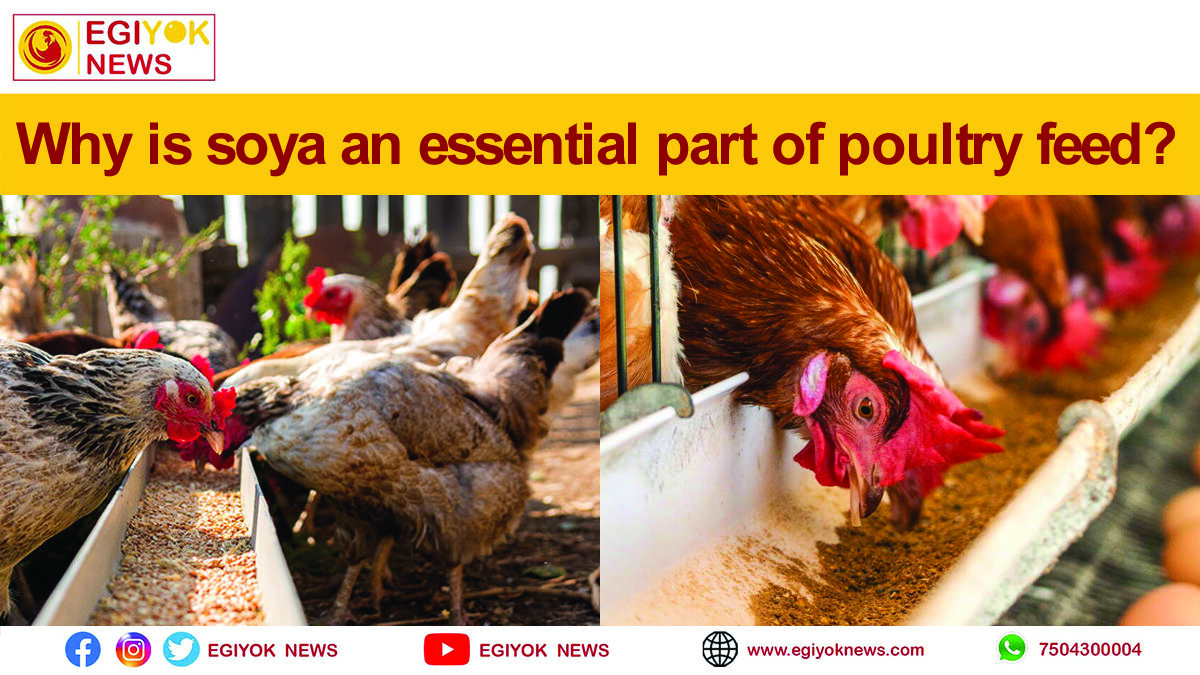 Soybeans are one of the most prevalently grown and used oilseeds. Uses range from human foods to animal foods, to industrial products, to ingredients, and to precursor materials. A key step to utilizing soya is to separate oil from protein and fiber. This has historically been accomplished using solvent extraction or expeller pressing, resulting in oil and protein-rich meals.

Specifically, in the Poultry sector, Soybean meal is the dominant protein supplement used in poultry diets and is the standard to which alternative protein sources are compared. Soybeans can be fed to poultry whole or as soybean meal, a by-product of oil extraction. Oil can be extracted from soybeans by the application of pressure, which is referred to as expeller or mechanical extraction, or by solvent extraction. Most commercial feeds use solvent-extracted soybean meal. The only mechanically extracted soybean meal can be used in organic poultry diets.

India ranks fourth in the area with 11.34 million hectares (28.02 million acres) accounting for 9.41% of the world area and fifth in production with 11.22 million tons in 2019-20. The major soya-growing states are Madhya Pradesh, Maharashtra, Rajasthan, Karnataka, and Telangana. Estimated total production of soybean crop for all India for the year 2021 is 118.889 lakh tons, which is higher by 14.337 lakh tons (13.71 percent) as compared to last year,” SOPA said. The production stood at 104.55 lakh tonnes the previous year.”The average yield for the year 2021 is estimated as 991 kg per hectare as against 883 kg per hectare during the year 2020,” the association said.

Due to globalization, competition is increased across the globe in both food as well as non-food industry segments. The industry segment has to adapt economically sustaining operations right from raw material purchasing to selling the product at the end market. In processed food products palatability, convenience, and quality factors are becoming equally important along with price factors. Even with the spectacular increase during the recent years in the production of the finer cereals i.e., rice, wheat, or also jowar coarse grain, there is no problem with the surplus of maize. It is, therefore, inferred that, with the increasing demand for food grains from the growing population, maize will hold its share as an essential cereal food grain. Similarly, Soybean is considered one of the important commercial crops besides rice, Wheat, Barley, and millets. In India, Soybean is the second largest oil seed crop after ground nut and is mainly utilized for edible oil and soy meal production.

Soybeans are expected to trade at 1655.92 USD by the end of this quarter, according to Trading Economics global macro models and analysts expectations specifically, the soya market is extremely viable and availability of soya for feed will be economically available.

WAYS TO KEEP YOUR FLOCK COOL