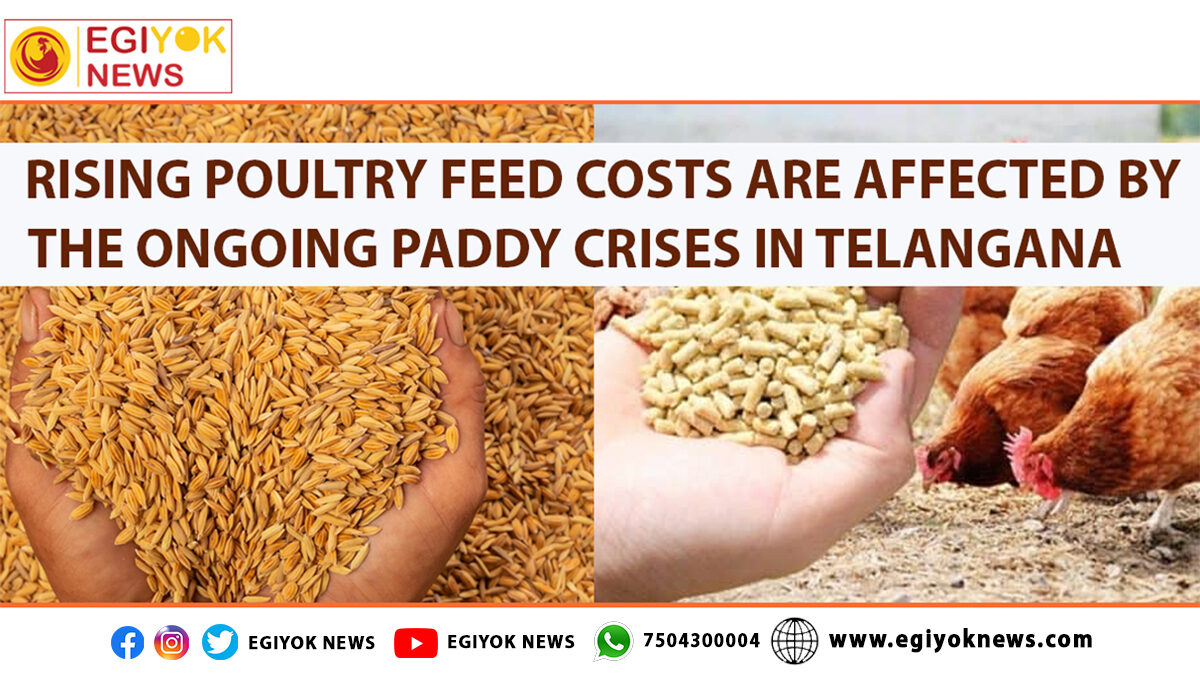 Due to the ongoing field procurement in Telangana, made a worse impact on the poultry. As chicken prices are rising due to rise in poultry feed cost. Rice mills are not grinding the paddy, as the state government has not announced any tax till now, which is affecting the price of rice bran used as poultry feed and as result the prices are rising.

Before the procurement poultry feed costs were 13Rs per Kg, but due to the procurement that same feed now costs around 16 Rs per kg, which is used in the layer production. For the first time since the state’s formation, the industry is obtaining wheat bran from Punjab and rice bran from Andhra Pradesh with several other states also. Rice bran and soya protein along with maize is used as one the ingredients in the poultry feed. The state has a greater population of layer production, that is four cores, much higher than the broiler population.

After the grinding process, the bran is transported to the oil factories, where oil is extracted from the brans. More oil is absorbed in the 18% protein feed.

Small farmers are stressed as they have to buy feed at a high price and their margins would decrease, despite the high consumer market rates. “If the Rice bran procurement does not start immediately, not only the poultry sector but it will affect the other sectors also, including the dairy sector which will cause not only a price increase but may have to face other problems also,” poultry farmer Rajiv Amaram said.

Poultry is not allowed on Patta property.